This Monday, (17th May) on Over to You, Victoria talks to Matt Hyde, OBE at 7pm about his work with the Scouts Association both as an employee and a volunteer.

Matt is an extra ordinary person who has been involved with a variety charities for most of his life.  It all started when he was a student and got involved with the National Union of Students and it all went on from there.

Matt was appointed as CEO of The Scouts Association in April 2013 and has overseen the development and delivery of two major strategic plans, a rebrand, award-winning campaigns and has spearheaded work to support the growth of Scouting in areas of deprivation.

He is responsible for strategy and staff management at one of the country’s most respected and inspiring charities. Scouting seeks to enrich and develop the lives of over 463k young people, thanks to the efforts of over 163k volunteers. The Scout Association has a turnover of c. £40m and employs over 350 staff.

Although he is the CEO of this well-known and well-respected young person’s organisation, he is also a volunteer as a scout leader in his local group.

Matt Hyde was a previous Vice-chair of the National Council of Voluntary Organisations and is a trustee of Step Up to Serve. He is also a Patron of UNLOCK (the National Association of Reformed Offenders).

In February 2019, he became a trustee of Comic Relief,  and was awarded an Honorary Fellowship from Queen Mary University of London in 2012. He was named as one of the 25 most influential charity sector leaders by Charity Times.  Matt was awarded an OBE in the 2020 New Year’s Honours List. 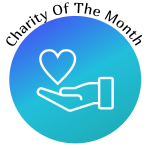