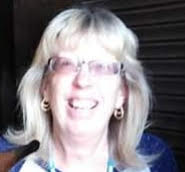 Derek Doyle grew up in Huntsford where he married and had son Liam. His wife left him so he became friendly with Bob Roberts as they were the only two single fathers at the school gate. He left Huntsford when Liam was nine and subsequently transitioned to become Doreen before returning, resuming his friendship with Bob and performing with Trevor Gordon. A very keen motor cyclist, Doreen rides a Harley Davidson.