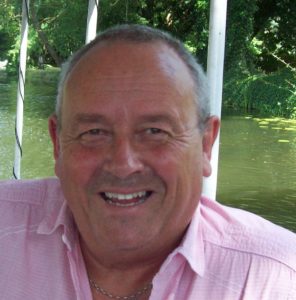 Bill Hensley is our Station Manager, and has been the driving force behind getting Huntingdon Community Radio on air full-time, “It took 16 years to get a full-time licence, but we’ve done it, and I might be a bit biased but I think it sounds great” says Bill “what a great team of people we have at HCR104fm, and they are a privilege to work with”

He is also involved with the Community in other ways; he has been Mayor of Huntingdon 3 times and Deputy Mayor twice, is currently a Director and Chairman of BID Huntingdon. In his spare time he enjoys cooking, off-roading and watching snooker.

Radio has been the love of his life, and having succeeded in getting a full-time radio station for Huntingdon, and ‘in a shop window’ at the Saxongate complex, has achieved his ambition.

Bill presents Drive Time on Monday’s and Thursday’s, and you can also hear him on a Sunday morning.