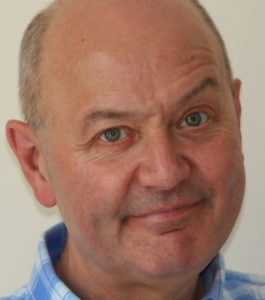 Graduate in Combined Studies in Food Science and Physiology (Leeds).

Wife Nanette, grown up children Jack and Phoebe (who guested as a contributor on County Matters).

Keen follower of Derby County FC (with Jack and the rest of Nanette’s family), and AFC Barley Mow (Jack plays for them) in Kershaw Senior B at the moment in Cambs FA. 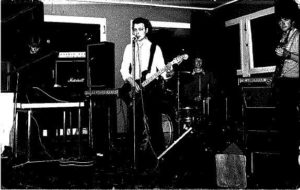 Leeds Polytechnic 1979! The handsome young man at the front.

I was a compulsive gig attender: almost everyone in 70’s – Pink Floyd Dark Side of the Moon, The Who Quadrophenia, Stones (with Mick Taylor, their best line-up), Paul Simon Graceland, Ry Cooder (several times) plus many, many others – best gig ever Prince, last gig Black Rebel Motorcycle Club.

Loving the presenting and producing roles at HCR104fm.