In this edition of The Sky Tonight, ‘trouble with Hubble’ – the space telescope has been offline and how NASA is trying to bring it back to life. Also, did you see last month’s solar eclipse? – and how Paul Fellows and his colleagues at the Cambridge Astronomical Association streamed it to the world from the back gardens of Cambridgeshire!

China plans to set foot on Mars – but not just yet, and American aviator Mary Wallace ‘Wally’ Funk – who trained as a Mercury astronaut back in the 60s but was refused missions because she was a woman, will finally get to space in Jeff Bezos’ Blue Origin flight aboard the New Shepard vehicle, named after Alan Shepard, the second man and first American in space and moonwalker on the Apollo 14 mission back in 1971.

Plus of course, what to see in the July night sky.

Our next edition of the show will be broadcast on Tuesday August 3rd. 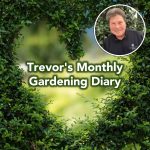