Sunday afternoon saw the hugely popular Uncle Funk’s Disco Inferno kick off the live main stage performances. They are a regular at the Cambridge Club, and you can see why. During lockdown they had a makeover….so new costumes of oversized orange and yellow feathers and flames all over the place. As ever they nailed it with their high energy set led by the wonderful stage performer that is Uncle Funk. Not much short of two hours, the set covered so many of the disco classics, plus a few disco friendly contemporary tunes. Sometimes it seemed like a dance class, leading and directing all the moves from the stage, then in the final number the traditional visit from Uncle Funk into the crowd for some group dancing. We caught up with Simon Baker (Uncle Funk) backstage afterwards talking about performing again with a new style for the band.

Back in 2019 Uncle Funk were at The Cambridge Club Festival supporting the Disco legends that are Sister Sledge. We had a chat with Simon then too, so we’ve included that interview here as well.

With thanks to Simon Baker (Uncle Funk). 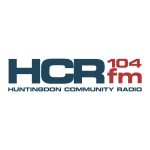