Listen to the comings and goings of Huntsford on

Omnibus edition on Sundays at 3.25pm

HCR104fm’s GOLD AWARD WINNING re-launched soap drama is set in a small market town called Huntsford in the middle of the English countryside. Huntsford lives in a parallel universe version of our world, which is necessarily fictitious. Whilst Huntsford picks up on themes and issues that have a resonance here today, it simultaneously provides an escape from our here and now.

It is broadcast two days a week with an omnibus edition on Sunday at 3.25pm and airs morning and afternoon at 10.25am and 3.25pm. It aims at the audience listening at that time, and the stories are designed to be recognisable to that demographic. The drama is built by a team of 30 volunteers ranging in age from 20 to 76 from all walks of life. The Huntsford team comprises two recording engineers, a producer/director, four script writers and 22 actors. The team have three seasons under their belt and are able to produce material to the exacting schedule required by a radio soap. Enthusiasm and commitment are useful weapons in the armoury.  A pop-up studio is erected monthly when eight episodes are recorded. The Green Room next to the studio is always buzzing on recording day. The more experienced, motivate, coach, and encourage the less confident.

Wavelengths joint-owner Raymond Webb tries to attract the upper echelons of society, and golf club membership puts him in the right circles. Fiona Carter brings stability to the ship. Raymond’s daughter Sam is also a stylist. Charlotte Webb, Raymond’s long-suffering wife, is the Independent Member of Parliament for Huntsford. She raises local issues in Parliament and is a conduit for topical storylines.

Alyson former owner of Trimming World and her staff Jordan and Laura, have thrown their lot in with Wavelengths. Enmities and rivalries are now focussed in the one salon.

Carmella’s café, the centre for all local gossip, is frequented by all the staff at the hair salon, and the garage. The atmosphere is always buzzing.  Carmella has a son, Mario, who is a stylist at Wavelengths. Mario’s best mate is Ryan Alyson’s son.

Chantelle who runs her Beaty salon within Wavelengths was married to Dave Murdie, in his younger day’s guitarist in a successful rock band. Dave was murdered by Carmella’s brother Silvio in the climax to season 1.  It transpires that Dave was in fact Mario’s natural father.

Bob’s Garage is run by Bob Roberts and his son Robbie. Both Bob and Robbie are successful mechanics and the business is doing well, so much so, they need to take on a couple of apprentices.

What does the future hold for Fiona and Jade?   Will Trimming World and Wavelengths ever “get along” now they are in one salon? Will Raymond ever learn that the Golf Club isn’t the centre of the universe? Will Mario and Ryan eventually make a success of their band?  Plenty of material to sustain the Huntsford community for many years to come.

Listen again to the comings and goings of Huntsford. 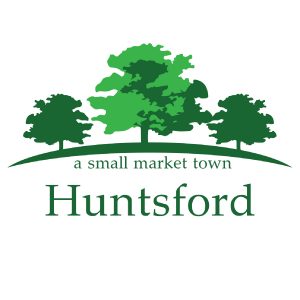 Huntsford is made up of dozens of volunteers who live and breathe drama, and more specifically – love audio! We have a dedicated team of actors, script writers, editors and audio wizards who make Huntsford sound like it does.  Meet the cast and crew here.

Co-owner of Wavelengths. Trained as a hairdresser in London and is eager to make Wavelengths a success. Fiona is bi-sexual and her relationship with her lover Jade finished at the end of Season 3.

Widow of Dave Murdie, ex rock star, who unfortunately left her penniless. She now runs a beauty salon in Wavelengths. Comes across as a bit ditsy but she knows what she wants and will go out and get it.

Co-owner of Wavelengths, he regards himself as the more senior partner. Spends most of his time at the golf club courting the upper echelons of society. Married to Charlotte and father to Samantha, he has a kind heart but regularly puts his foot in it, leaving Fiona and Charlotte to sort out his mess.

Laura worked for Alyson at Trimming World and still works as a stylist with Alyson at Wavelengths. Married to Dan, with a three year old daughter Millie and a three month old son Samuel. Had to return to work very soon after Samuel was born, as Dan lost his job.

Derek Doyle grew up in Huntsford where he married and had son Liam. His wife left him so he became friendly with Bob Roberts as the only two single fathers at the school gate. He left Huntsford when Liam was 9 and after treatment and an operation transitioned to become Doreen. A very keen motor cyclist, Doreen rides a Harley Davidson.

Daughter of Charlotte and Raymond, Samantha is a stylist at Wavelengths. Will always side with Fiona against Raymond and prefers to be called Sam. She finished her relationship with Robbie and is now in love with Mario after a very unfortunate incident when on holiday in Thailand.

Born with spina bifida and in a wheelchair, she is outspoken, very bright and works for the council, focussing on education, especially for disabled people. Turned down promotion as a radical activist for the disabled. She is a member of the local WI.

Elaine works in Carmella’s Café and puts up with Carmella’s demands. Married to Pete, who is always off sick and spends most of his time in the pub or betting shop. Has two sons who are well known to the local police. Also works as the house manager for Raymond and Chantelle.

March 2019 saw the publication of Felicity's first novel, ‘The Dark Side of the Book Club’, inspired by the real life book club in the small village where she lives. During her free time, Felicity loves exploring the canals on her narrowboat with her husband and dog and the waterways provide the setting for her second novel, which she is currently writing.

Owner of the local café, which is very busy. She is very demanding of her staff and has high standards. Her son Mario was the love child of an affair she had with Dave Murdie, now deceased, who was a rock star. Mario is now in the local band.

Becky worked with Alyson but recently had a brain tumour and had to leave. She is now a staunch member of the WI and helps with the Timebank.

The local bobby on the beat and very well respected. Now single, as her husband left her after four years of marriage. She has turned down promotion many times as she prefers to remain on the beat and build relationships with the locals.

Alyson’s hairdressing salon, Trimming World, went under and she now rents space at rival salon, Wavelengths. She has a son, Ryan, who is a barman at the Red Lion. She is quite feisty and if she doesn’t agree with someone, she will let them know. Worked as an escort (nonsexual) and was hired by Adam when he needed a dinner companion for a work function.

Jean is a Needingworth Scribbler, a member of the Bridge Poets of St Ives and an associate of the Huntingdon Writers Group. She has just published a book of her own poems, “The First Fifteen” in conjunction with her editor, Collette Parker of 2020 Communications and is working on “The Second Fifteen.”

Duncan is the Landlord of the Red Lion and has two children, Jordan and Tommy. A no nonsense Scot, he runs the pub as a very tight ship, with both children having to work behind the bar when required. Jordan, the eldest, gets a bit of a hard time, while Tommy is the apple of Duncan’s eye.

A new addition to the team in although this is well hidden. Comes across as everyone’s friend, and women in particular confide in him.

A suave, intelligent and cultured older man who’s a hit with the ladies – he talks a good job and they fall for his lines, a bit of a player but he’s not all he seems?

Nick Green. Husband of Heather. A very successful businessman who lives in a very big house in Huntsford. On the face of it a happy marriage but nothing is what it seems! Dan White from Birmingham originally. Husband to Laura who wants a job as a mechanic. Bob at the garage is considering this.

Bob is the proprietor of the local garage, which he started after he retired from the Army and which he runs with his son Robbie. The business is successful and he is now approaching retirement.

Adam is a successful entrepreneur whose business imports coffee. In the process of divorcing his wife, who suspects him of hiding money away. Solicitors are on the case. He still lives in the marital home, a large detached house on the edge of Huntsford, overlooking the river.

Judy is a new character introduced in Season 4. She runs an import/export business specialising in hair products. She sometimes has job lots of cheap products for sale, which she offers at very inflated prices. She has bought a large house on the outskirts of Huntsford, owns several flashy cars and is into obvious displays of wealth.

Head of Drama and director of Huntsford. Background in amateur dramatics and ballet.

A Member of Parliament and married to Raymond, the owner of Wavelengths. Has one child, Samantha, who works at Wavelengths and lives above the salon. Charlotte spends most of her time in London but, when in Huntsford, she is usually busy clearing up her husband’s faux pas.

Mario is the son of Carmella and of Dave Murdie. He only found out that Dave was his father when he was in his early 20s. Loves being in his band with Ryan, Dicko and Sam, and has now embarked upon a relationship with Sam. A very kind person who will always help out when he can.

Son of Alyson Sutton. In a band with his best mate Mario. He works shifts at the Red Lion and is in love with Mia. His feelings are not reciprocated.

Born to Charlotte Webb and adopted after six weeks. Husband Ben and daughter Samantha were not told until Rachel was an adult. How will this affect her relationship with her husband and daughter? How will Samantha feel about thinking she was an only child now has a half sister?

The owner of Huntsford Antiques. She is married to Nick, a very wealthy business owner, who is extremely controlling. They have a daughter, Mia, who is away at University.

FM & DAB
Find us on 104FM in Huntingdon, and on DAB in Cambridge